Here in the west, over the years we’ve come to prize independence above almost everything else. We admire those whose success seems built solely on their own ingenuity and wit. We idolize those who have “pulled themselves up by their own bootstraps,” but we overlook the fact that those boots were stitched and glued by other humans. (Perhaps not surprisingly, this expression was originally intended to mean something laughably far-fetched or impossible. Picture a person trying to pull her/himself up by the bootstraps.  It simply can’t be done.) 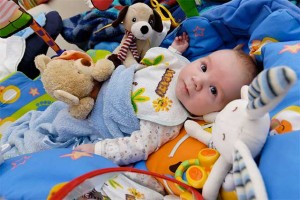 Training in becoming independent starts when we are very young. In many hospitals, mothers hardly hold their babies until they’re being wheeled out the hulking, automatic doors. The baby is then strapped into a car seat that detaches from the base and becomes a bulky carrier. After being toted inside the house in her carrier, she’s put into a crib. Or a playpen. Or a swing or bouncy seat. Even once home, she experiences only superficial and brief human touch. She’s fed from a plastic bottle in her plastic seat. She sleeps alone at night (while her parents sleep all warm and snuggled together). She’s given toys, rather than human touch. She’s left to “cry it out.” She’s “sleep trained.” Pretty soon, she learns to depend solely on herself. Who else is going to look out for her?

Growing up in a western culture, we’re told that we should be able to do it all on our own. We should have graduated from a prestigious college and found a high-paying job.  There should be a new car (or two) in the driveway, and we should have a “successful” and “attractive” spouse, 2.3 children and a white picket fence – and we should be able to procure these things completely on our own. If we don’t, it’s our own fault. We shouldn’t need to depend on anyone but ourselves.

But, we need other humans in 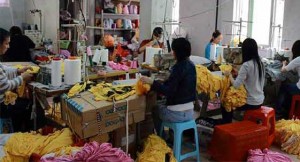 order to achieve this independence we value so highly. Most of us don’t construct our own vehicles. Our homes are designed and built by others. We buy our food at the grocery store, rather than growing it ourselves from seeds we’ve saved, drying it, milling it, storing it and cooking it all completely from scratch. We don’t spin our own thread and weave our own cloth. We consume electricity, water and gas. We use gadgets produced halfway across the world. We are all interconnected.

And we are social creatures, all of us. Some of us need more time alone to recharge, to feel at our best, but we all require the companionship of others in order to feel truly fulfilled.

Rather than valuing the idea of independence so highly, perhaps we should look at the concept of interdependence in which we are all responsible to one another. (Notice I didn’t say we’re responsible for one another, but to one another.) As humans, we have the responsibility to do our best to help our fellow people, and they have that same responsibility to us. We’ve all heard phrases like, “It takes a village to raise a child,” but instead of recognizing the inherent truth and getting involved in any way we can, we keep our doors closed when neighborhood kids, cookie order sheets in hand, ring our bell.  We avert our eyes as we pass teenagers milling around at the mall.  We don’t know the names of the kids who wait at the school bus stop just around the corner.

And grown up children who haven’t made their fortunes?  The ones without the picket fence and new cars?  We step around them in the street asking ourselves under our breath why they simply don’t get a job like the rest of us. We sneer at them, or else avert our eyes, wondering how they got themselves into this mess – and why they choose to remain there – rather than wondering how they slipped through the cracks, how the community failed, how they came to be forgotten or ignored.  We stop seeing them as fellow human beings striving and struggling just as we are.  We close ourselves off to them.

Of course, our worshipping at the altar of independence isn’t the only reason we seem to have a stretched and threadbare patchwork of community these days, but it is certainly a critical one, perhaps more influential than most.  Idolizing independence separates us from each other and prevents us from seeing the ways in which we’re all interconnected.  We must look deeply in order to understand how profoundly we depend on one another, how absolutely essential each of us is to the whole of humanity.  We must see others as unique individuals, just as we see ourselves.  We must begin to recognize that everyone has joys and sufferings, and we must learn to rejoice in others’ happiness and feel compassion for others’ difficulties.  And, above all, we must be there for one another, we must be responsible to one another, in order to begin to change.

Stop Cushioning Your Home with Fear

25 Ways to Find Peace Amidst the Stress

Giving Back When You Feel You Have Nothing to Give

A Simple Activities Advent Calendar – and 40 Ideas to Inspire You